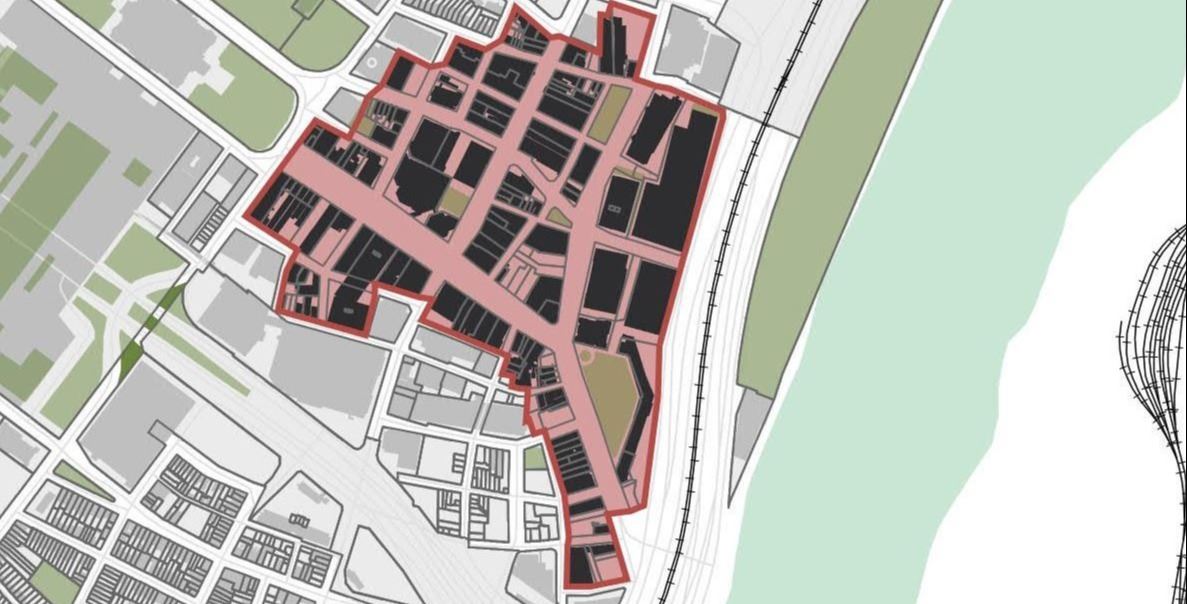 Downtown Albany is located on the west bank of the Hudson River and the historic district boundaries extend from there west to Eagle Street, north to Sheridan and Columbia Streets, and south to Pruyn, Hudson, Beaver and Howard Streets. The district is located on the site of the original Dutch settlement dating to th 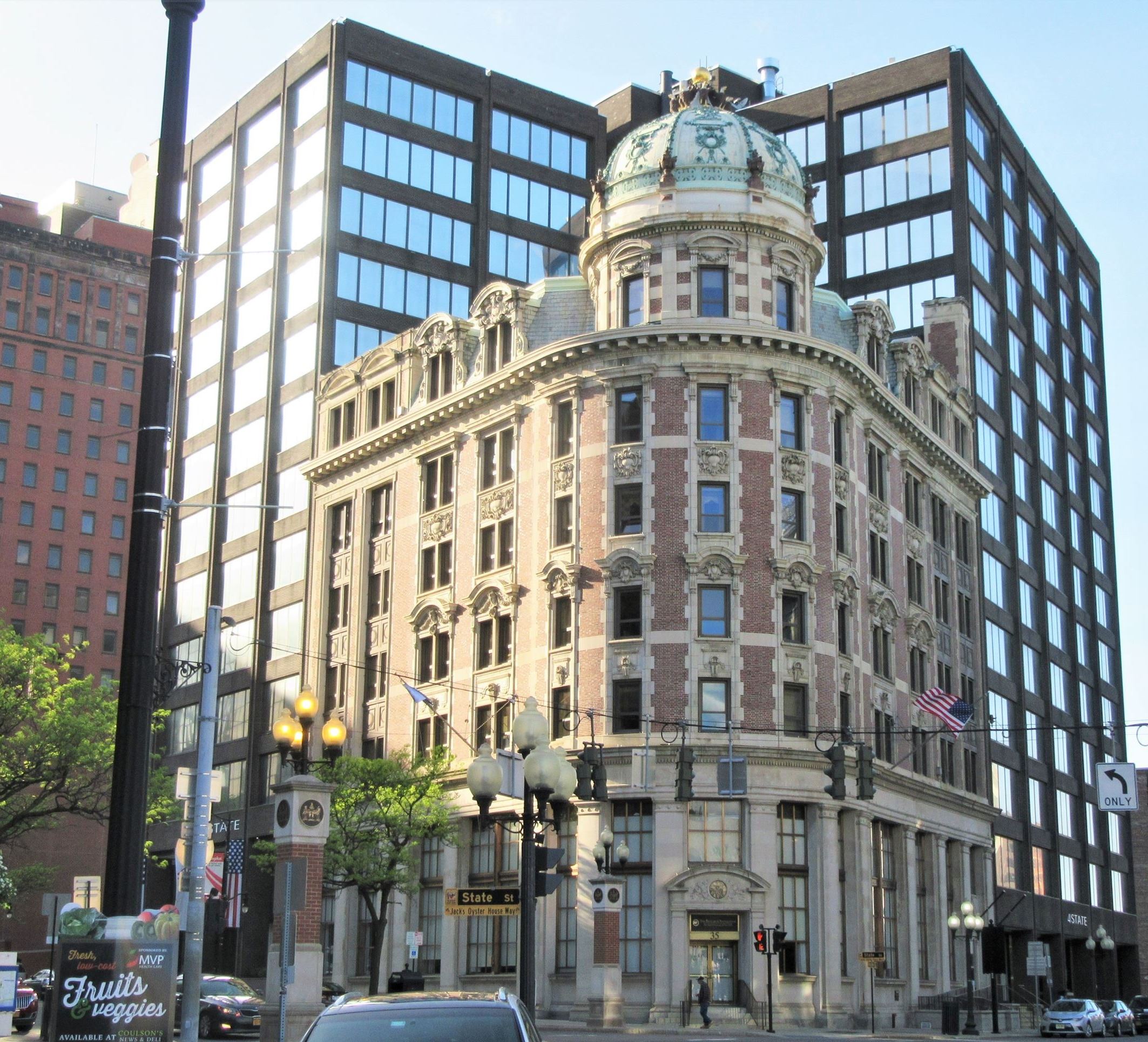 e mid-17th century. There are one hundred sixty (160) buildings in the historic district, most of which are commercial. The main period of construction is from 1880 to 1940, though there are buildings dating to the early 19th century, ranging in size from four to twenty stories tall with the larger buildings facing State Street which runs east to west. Broadway and North Pearl are the main north to south streets.

The downtown Albany of today began as a small Dutch village and then an English one, which did not begin significant growth until the early 19th century developing into the city’s center for commerce. Many of the district’s buildings are examples of some of the city’s most important commercial architecture. A variety of architectural styles are portrayed in the historic district, including the Argus Building at 408-410 Broadway (1830s), featuring a rare curved corner, designed in the Greek Revival style with an 1871 Mansard roof addition; and the former National Commercial Bank (1901) at 60 State Street which was designed by architects York and Sawyer in the Neo-Classical style. The Masonic Temple (1895) at 67 Corning Place was designed in the Italian Renaissance Revival style by architects Fuller and Wheeler; the New York State Bank building at 69 State Street (1927) designed by architect Henry Ive 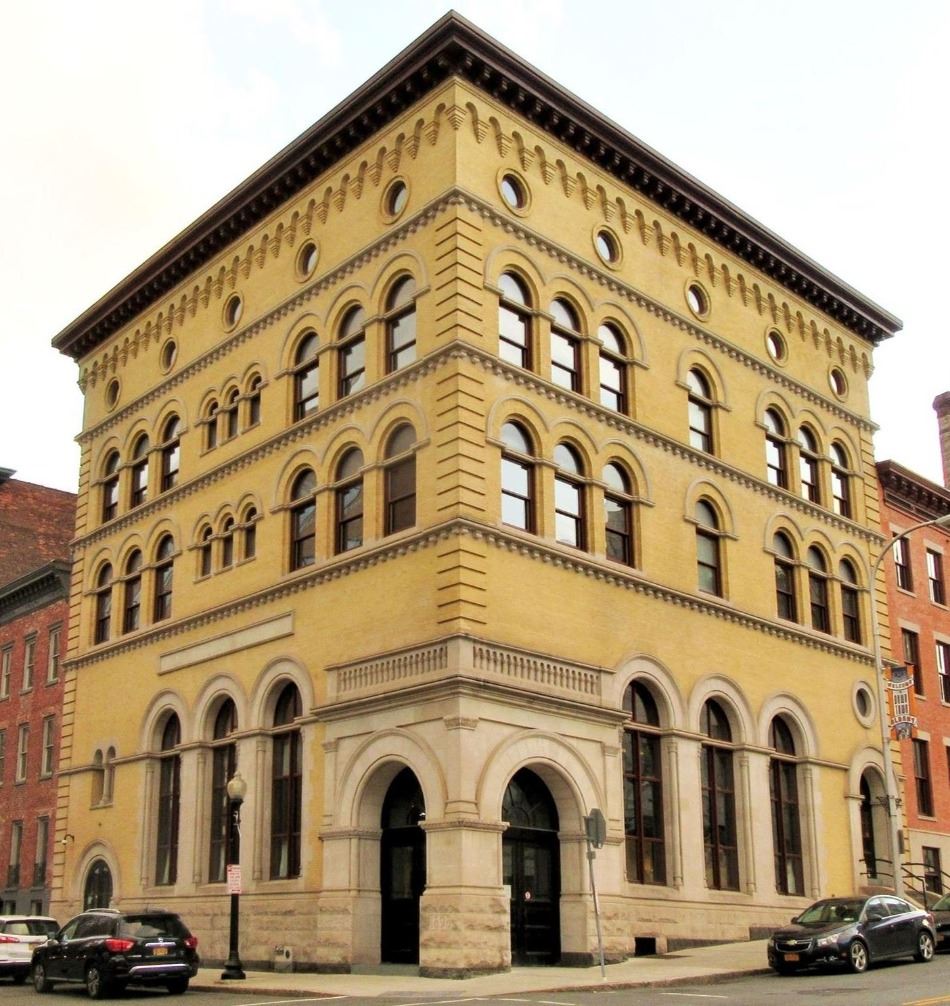 s Cobb reflects a more refined Renaissance Revival design which includes a portion of the Adamesque 1803 façade of the original bank. 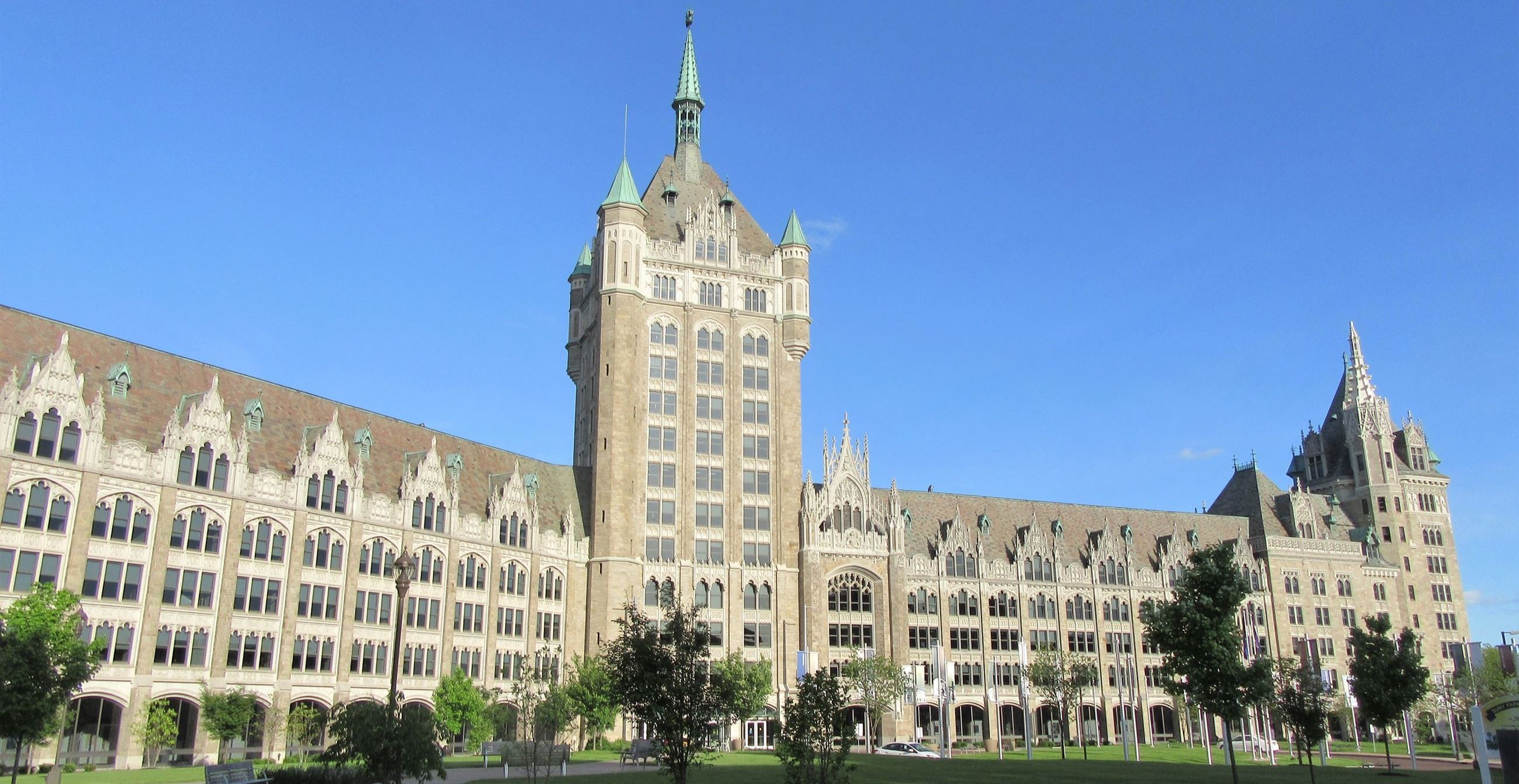