The Pastures Historic District includes one hundred twelve (112) buildings; only two of which are non-contributing. The neighborhood gets its name from the fact that it was the communal pastures for the early Dutch city. The city deeded the land to the Dutch Reformed Church in 1687 and it was not subdivided and sold until the end of the 18th century.

The district grew rapidly at the beginning of the 19th century with the majority of buildings constructed in a 40-year period from 1815 to 1855 (National Register nomination report, section 8, page 1). The district is significant for its early- to mid-19th century residential architecture, specifically the early Federal style rowhouses. As South Pearl Street developed as a commercial thoroughfare, many of the area’s home were constructed by merchants. As the neighborhood developed it became ethnically and socially diverse; indications of this are found in the construction of St. John’s Church (1903) designed in the Gothic Revival style, the Beth El Jacob Synagogue (1907) which shows Byzantine Revival influences and the synagogue at 71 South Ferry Street (c. 1817) in the Federal style.

The Pastures Historic District was designated as a local district in 1983. 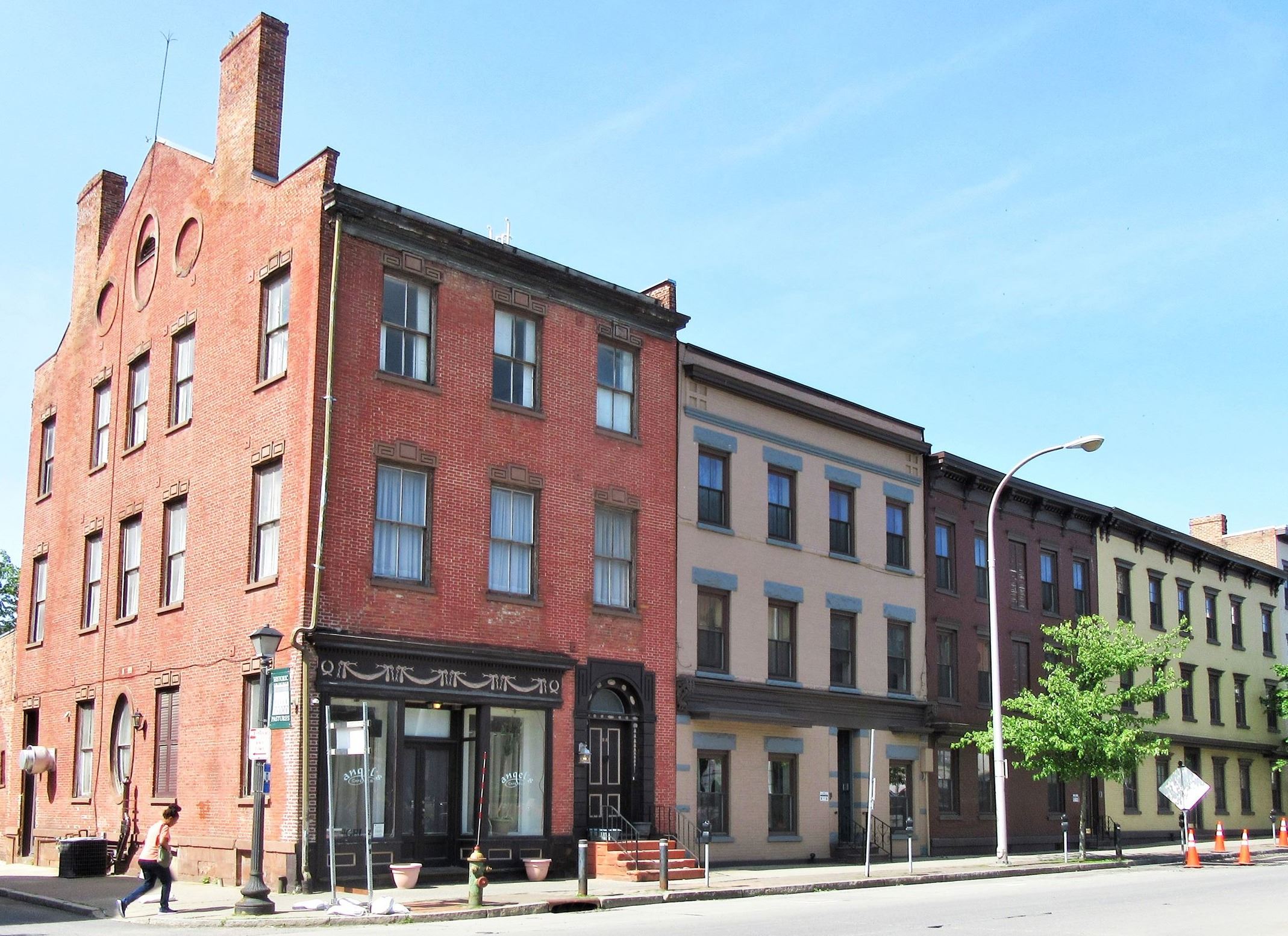 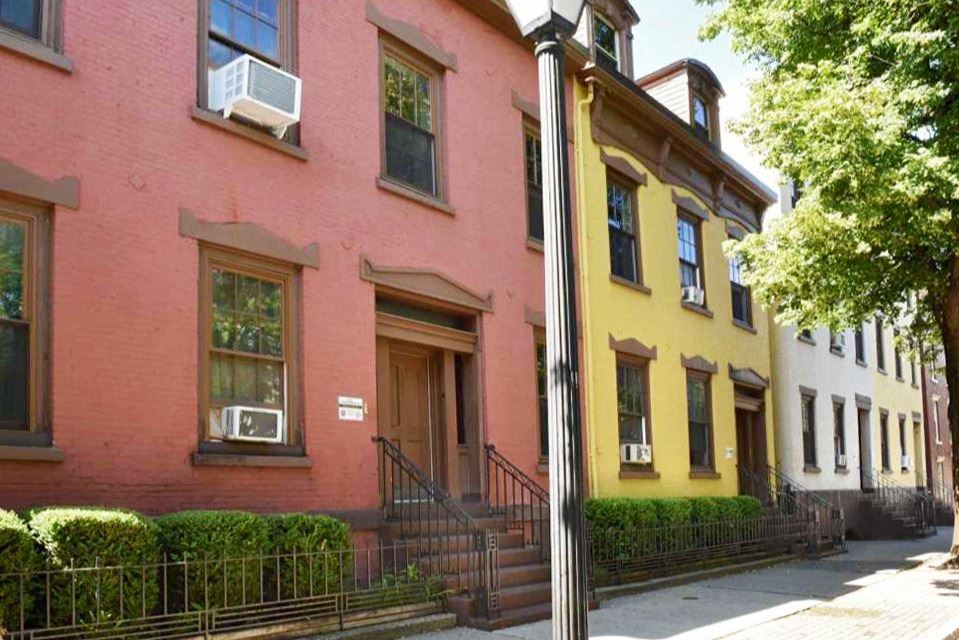