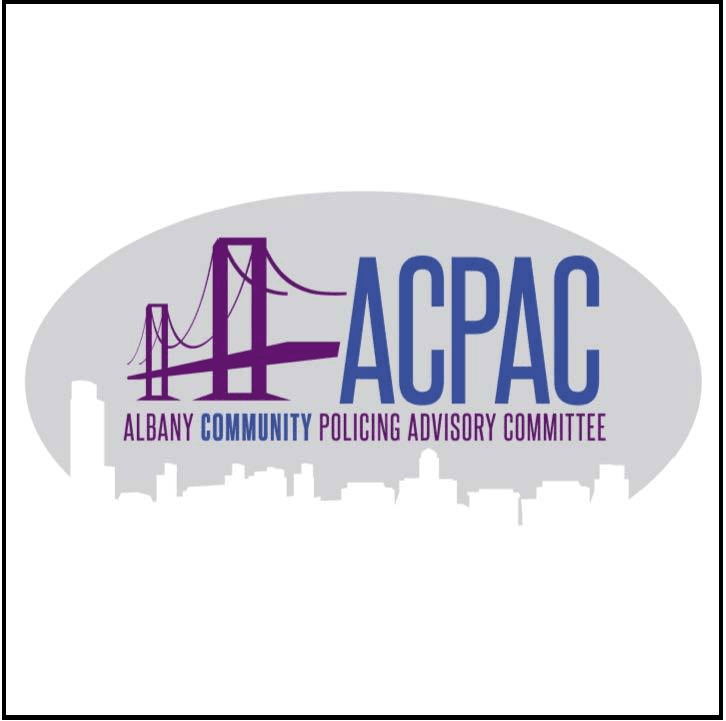 the department fulfilling its mission to serve the citizens of Albany. With the combined perceptions of an unsafe city, and disconnect between citizens and the police, it was determined that the APD and City alike would be better served by instituting a community based policing philosophy.

The APD sought assistance from the Common Council in appointing members to a Community Policing Advisory Committee (Committee) to ensure that all 15 wards of the City were equally represented. Each Common Council Member supplied names of appointees to sit on this Committee. The Committee was charged with reviewing and addressing items that would potentially reinvigorate the relationship between the residents of our community and the APD.

The APD recognizes the importance of individual dignity, mutual respect, trust, community safety, and quality of life as components of positive citizenry and police interactions. Encouraging citizen and APD participation in committee activities, provides a forum for discussion of community healing and community building. The committee also strives to promote partnerships between community organizations, businesses, and the APD. These partnerships serve as a catalyst for organizational changes within the APD and supporting the community policing model of law enforcement in the City of Albany.

The ACPAC is committed to improving the relationship between the residents of the City of Albany and the Albany Police Department by ensuring the philosophy of Community Policing is the basis of all policy and procedure of the APD. The committee will facilitate communication between the community, APD and the Common Council.

The ACPAC consists of 25 members:

If you would like to contact your ward’s ACPAC representative but are unsure of which ward you reside in, please click here. For general questions related to ACPAC please email info@acpac518.org.

ACPAC is actively looking to fill the following vacancies. If you are interested in becoming a member of ACPAC please email the Membership Chair, Marsha Penrose.

If you are unsure of which ward you reside in, please click here.