Section 406 of the Charter of the City of Albany gives the Common Council the authority to appoint a reapportionment commission within six-months after the publication of the federal decennial census data.  The commission convenes to evaluate the existing ward boundaries for equity and representation in relation to the total population.  To read the section of the charter that establishes the commission please click here.

On March 21, 2022 the Albany Common Council approved Resolution 32.32.22R which appointed the following members to the commission and changed the commission composition to 10 members.

Hearings In Person and via Zoom

Members of the City of Albany Redistricting Commission

The commission will make recommendations if necessary to change the ward boundary maps for the City based on Census data.  The commission remains committed to making sure that all residents receive the equal protection afforded under the Fourteenth Amendment of the United States and there is equality and equity in the wards of the city guaranteeing the one person one vote concept in Article 1, Sections I and II of the New York State Constitution.

Dylan Carey - A resident of Albany for more than 10 years, Dylan is a graduate of SUNY Albany with a Master's Degree in City and Regional Planning from Brooklyn's Pratt Institute, Dylan now works as Project Director for Parks & Trails New York, a statewide environmental non-profit. Dylan previously worked for New York City’s Office of Management and Budget, the Pratt Center for Community Development, and the Office of Congressman Paul Tonko. Dylan lives in the Pine Hills neighborhood with his cat, Freya, and his dog, Marty.

Dale Getto has had a 30+ year career in service to the City School District of Albany, beginning as a Special Education 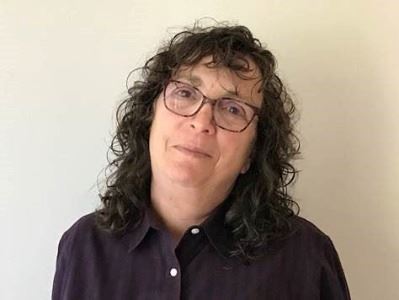 Teacher at Giffen Elementary School and concluding her tenure in 2018 as the Principal of Albany High School. Her motto has always been “think global, act local” and over time has volunteered her time on causes as diverse as managing a Little League Softball team at Krank Park for many years, organizing for local ordinances and candidates in addition to more traditional structures such as membership on the Police Chief Search Committee, Charter Commission(s) and currently the Public Education Government TV Oversight Board. Dale can be seen regularly walking around Buckingham Pond with her wife Barbara and two dogs, Royce and Woody.

Carol June-Washington- has been an Albany resident for over 40 years. During her professional career she worked with a number of community-based non-profit organizations, as well as the NYS Department of Labor and the NYS MLK, Jr. Institute and Commission. Carol has been involved in electoral politics for over sixty years and is an avid social justice advocate. She currently serves on the Albany NAACP Executive Board, ACPAC, and is member of the Pine Hills Neighborhood Association. She is also an active WFP member and an Albany County Democratic Committeeperson representing the 13th Ward 6th ED. Carol participated in the 2020 Albany Census Complete Count Committee and looks forward to the challenge of the redistricting process.

Judith Mazza- Has been a resident of the 1st Ward since 1985 actively participating in Ward and City-wide organizations since moving to the Ward. Early on she worked with neighbors and others in the Ward to form the 1st Ward Improvement Committee which evolved to the 1st Ward Committee for Responsible Government. Mazza was chosen to be one of the inaugural members of the Citizens Police Review Board (CPRB) and remained on it for 2 terms. She’s been on the Democratic Committee and a Ward Leader for a number of years. In 2010 she became Vice-President of the Second Avenue Neighborhood Association.  She’s been a staunch advocate both professionally and personally.  She worked with the NYS Dept. of Health/AIDS Institute for almost 30 years and being active in various HIV-related organizations. She lives on Sand Street with my spouse, Maureen O’Brien, two cats, Phoenix and Dorian Grey and our handsome Grand Champion dog, Fionn.

Shawn M. Morris-is a long-time advocate for Albany's neighborhoods.  She served as the 7th Ward Councilmember for 12 years and Common Council President for four years. As an elected official, she worked to establish and promote neighborhood associations and other community groups working to improve the quality of life in city neighborhoods.  Shawn currently serves on the boards of the Delaware Area Neighborhood Association and Historic Albany Foundation.  She is retired from a career in government communications, most recently as the Director of Public Information for the Office of the New York State Attorney General.

Shawn and her husband, John Wellspeak, have lived on Marinello Terrace for 33 years, where they raised and launched two children, Alanna and Devin.