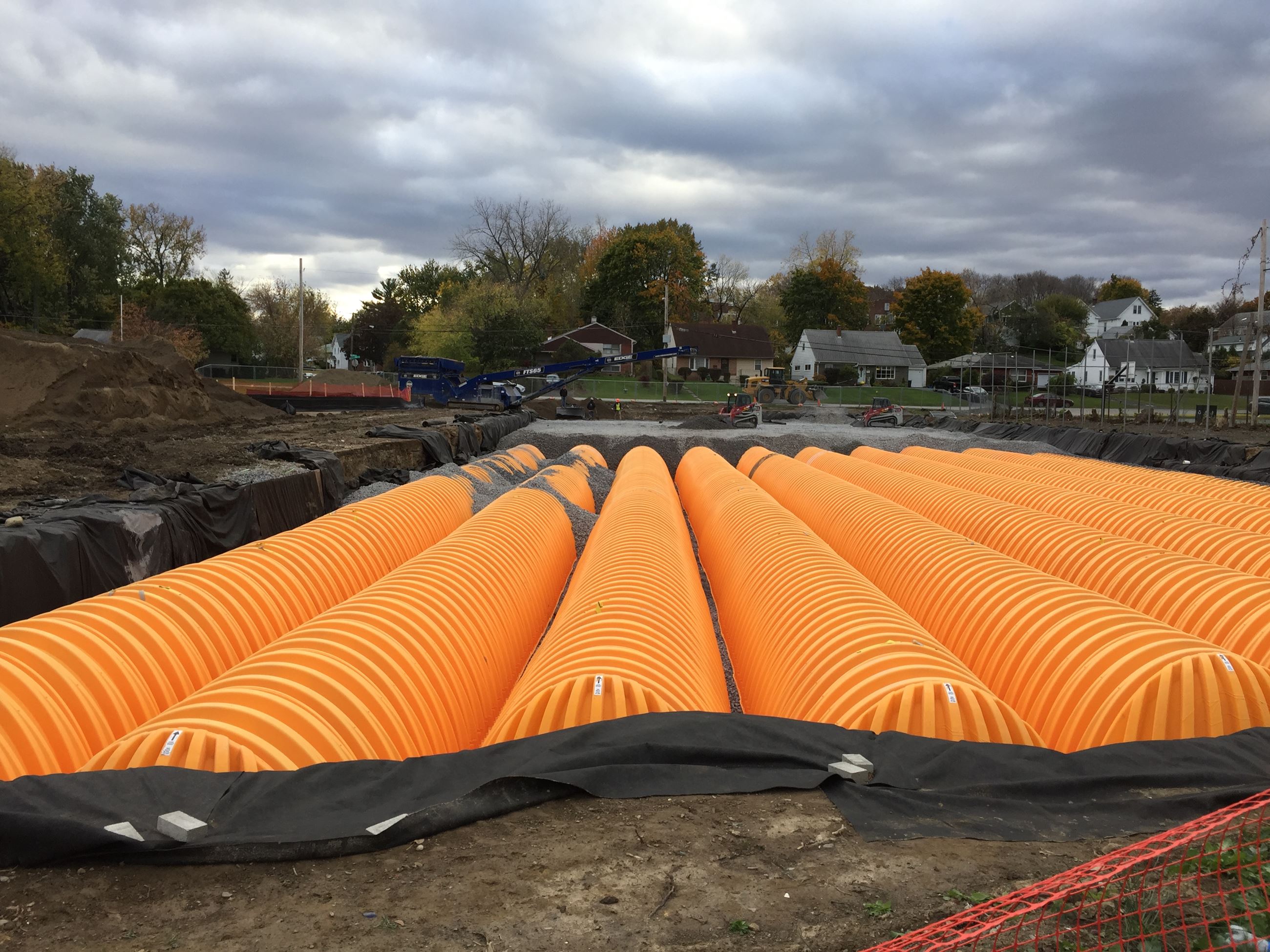 In August 2014 storms in the Capital District dumped three inches of rain on the City of Albany. On Hansen Alley this resulted in several feet of water and combined sewer flooding residents’ homes. After that flooding event Mayor Sheehan and Commissioner Coffey made a pledge to the City to mitigate flooding in this area.

Stormwater runoff is now collected in new separated storm sewer pipes and conveyed to the underground detention chamber system in left and center field of Central Babe Ruth. Not only will this separation and storage of water reduce flooding, it will reduce the amount of runoff that is collected in combined sewers during combined sewer overflows.

The Hansen Alley Overflow Abatement and Flood Mitigation Project was completed in June 2017 with baseball games on the Central Babe Ruth baseball field in April 2017.

Future Work: To allow for reuse of the collected rain water a pump station will be designed to reuse water for field irrigation.